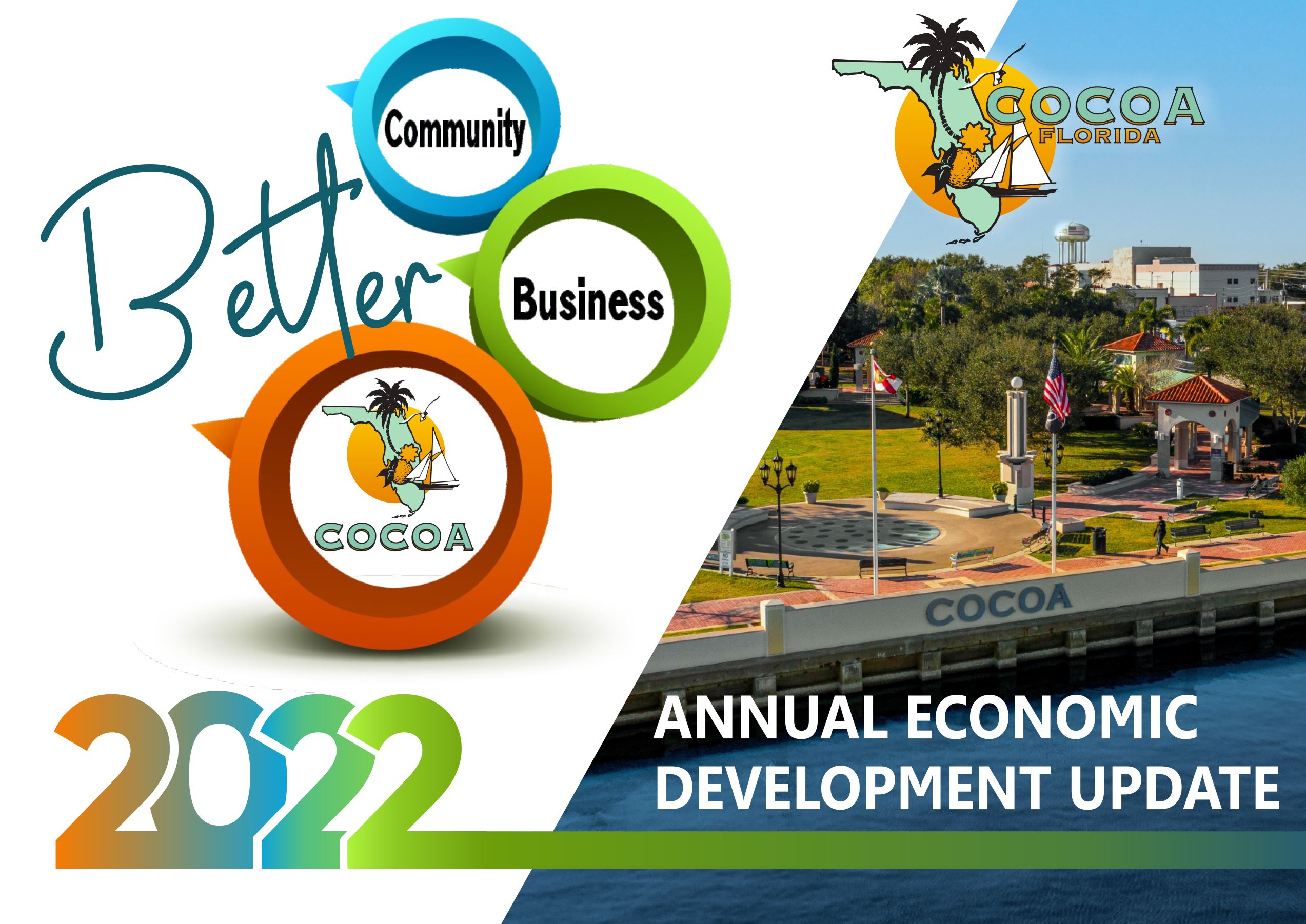 Cocoa is a unique and diverse community situated in the heart of the Space Coast along the Indian River in Brevard County. Serving as a gateway to Brevard’s beautiful beaches, Cocoa is minutes to Central Florida’s many amenities and attractions such as Port Canaveral’s cruise port, Kennedy Space Center, the Brevard Zoo, historical downtown districts, and Orlando area attractions.

Easily accessible by State Roads 520, 528, and 524 as well as Interstate 95 and U.S. Highway 1, Cocoa’s central location within the state of Florida serves as the connection point to some of the state’s major metropolitan markets such as Orlando, Jacksonville, Tampa, and Miami. In addition to Cocoa’s advantageous location, the City’s streamlined and competitive building and site permitting process, as well as innovative economic development programs, foster a favorable environment for development.

Cocoa is also home to the Brevard Museum of History and Natural Science, Florida Historical Society’s Museum and Headquarters as well as educational institutions such as the University of Central Florida’s Cocoa Campus, Eastern Florida State College’s Cocoa Campus, and the Florida Solar Energy Center.

A surge in available housing has occurred over the past year to accommodate the rise in the space and manufacturing industries. Nearly 2,000 new housing units are currently under construction. With this also comes new business, such as the Amazon fulfilment center along Grissom Road, Vaya Space has expanded into an office in Cocoa Village, and 147 additional businesses have located throughout the City in fiscal year 2021.

Cocoa City Council and staff have been hard at work making Cocoa a better community with better businesses, all resulting in a better future for Cocoa. Citizens and business owners, continue to be engaged and play an integral role in the progress of a better Cocoa community. Working together, Council, staff and the community can ensure prosperity and drive growth in Cocoa.

Over the past year, Cocoa City Council has prioritized community investment through capital improvement projects, grant and federal funding, and increased commitment to public service. 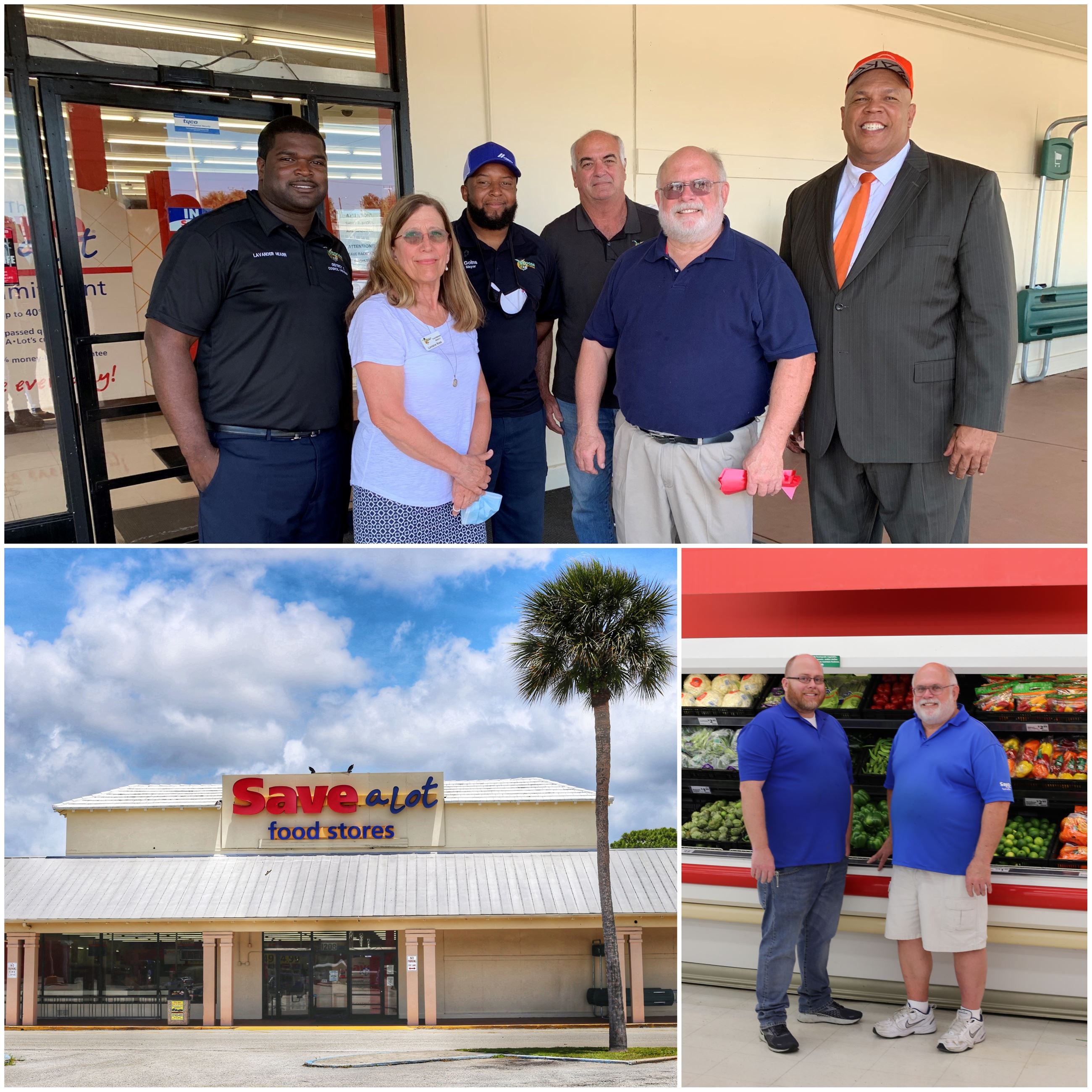 When a portion of our community was faced with becoming a food dessert with the closure of two grocery stores in the same neighborhood, in the midst of a global pandemic, the City was able to successfully utilize American Rescue Act Plan funding to work with the owners of Save-A-Lot along Dixon Blvd. to remain open. This much needed small business provides a vital resource for many in our community who have limited transportation and are not able to travel long distances to get basic food staples. Now this small business is thriving in our community.

Community improvement projects such as the stormwater drainage along Fiske Blvd. was made possible through grant funding opportunities. This much needed project in the heart of the Cocoa community will help with flooding concerns in surrounding neighborhoods along this major thoroughfare. 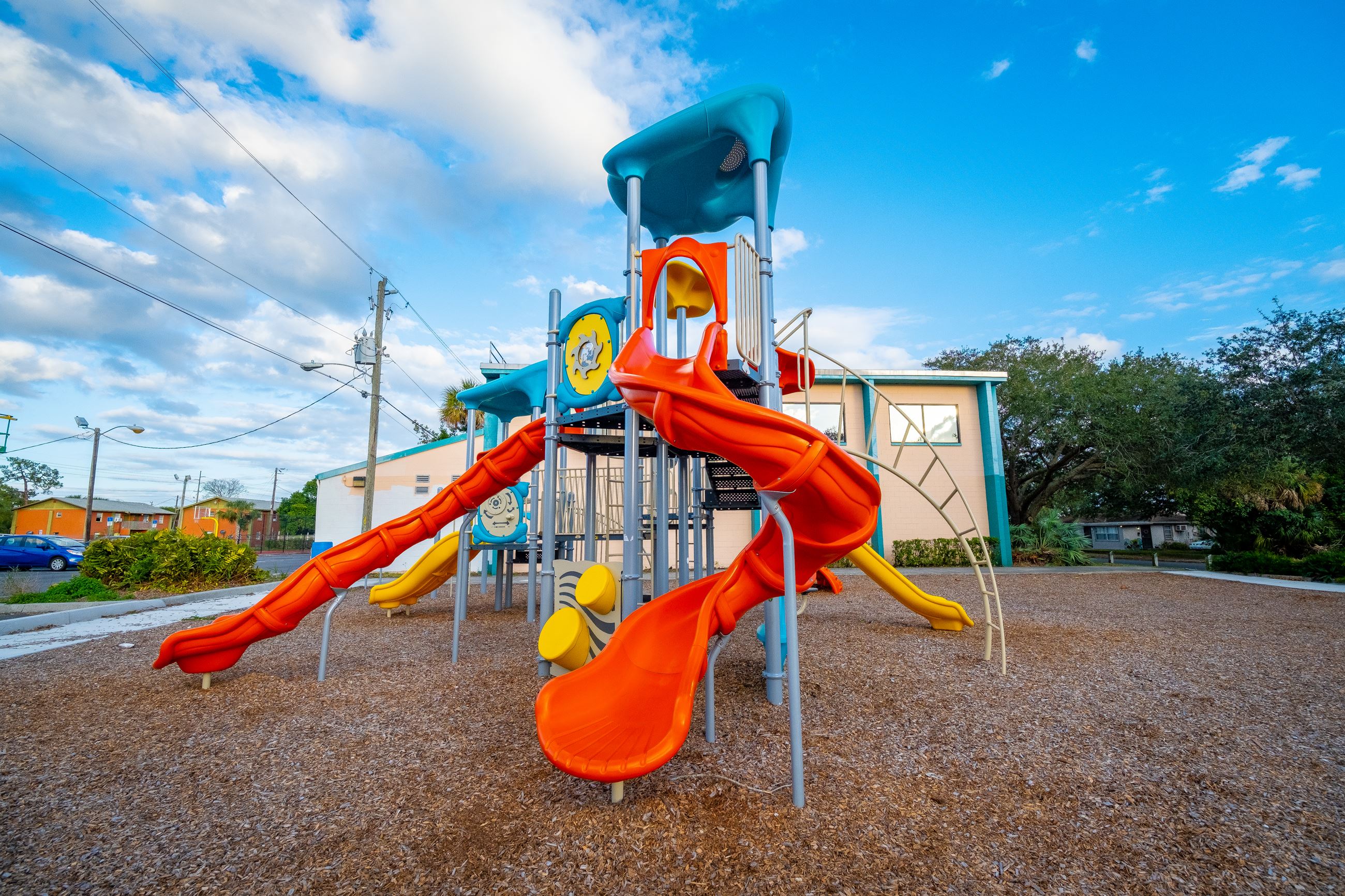 Council also prioritized community by allocating funds to upgrade a number of parks throughout the City. Parks serve a vital role in the health and wealth of our community. Parks such as Provost Park and Stradley Park will see field and facility upgrades. Other parks will get restroom upgrades, new exercise equipment, and a new pavilion. These much needed park improvements are scheduled to be complete by the summer of 2022. This fiscal year, we will also be finalizing the Parks Master Plan to help us prioritize future funding for community parks improvements.

Economic Development is a top priority for City Council as we continue to make significant investments in our business community. A new business start-up program was established this past year to help entrepreneurs start or locate their business in the City of Cocoa. Upstart Cocoa awarded a $10,000 startup grant to two Cocoa businesses. This program also gives these entrepreneurs the opportunity to work with weVENTURE, a local business assistance non-profit organization that offers mentoring and business education.

Each quarter, a new Cocoa business is featured in our Business Spotlight which is included in our newsletter mailed to every resident and in a short spotlight video posted to the City’s website and social media pages. Here are some of the businesses featured this past year. 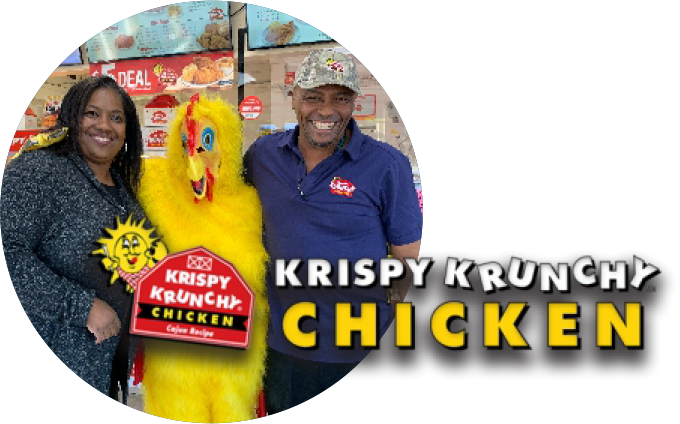 The restaurant started as a dream on a goals bulletin board and four years later became a reality for Antonio and Tonya Lovett in 2013 when they opened their Krispy Krunchy Chicken restaurant located at 934 Dixon Blvd. in Cocoa. Over the last seven years, the Lovetts have developed a loyal following and assembled a staff that shares their love for the community. Read the full Krispy Krunchy Chicken business spotlight. 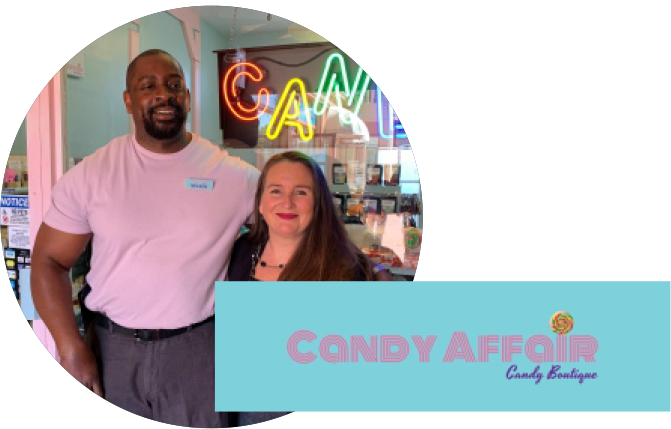 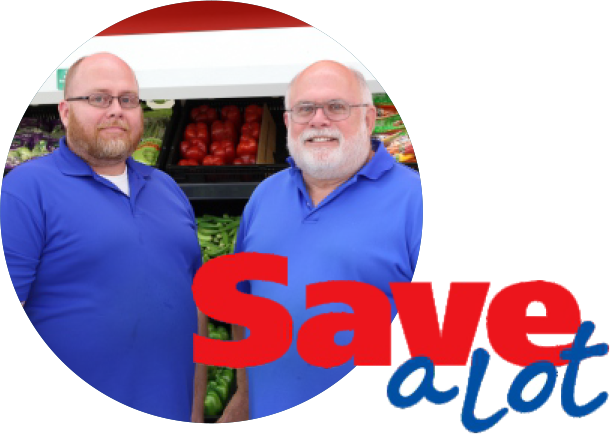 In 2008, Michael Medearis took over ownership of the Cocoa Save-A-Lot located on Dixon Blvd. in Cocoa. He started with the store as a Warehouse Manager before he became owner and now mentors his son, Mark, to help manage this store. In 2021, Michael worked with the City of Cocoa to utilize American Rescue Plan Act funding to keep the store open and servicing an underserved portion of the Cocoa community. Read the full Save A Lot business spotlight. 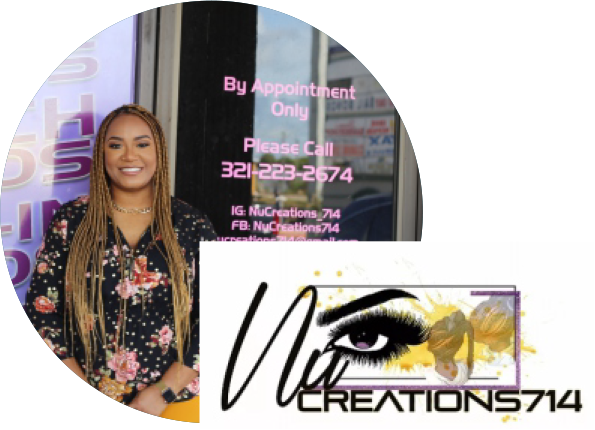 Following her company slogan, “Life is too short to have boring hair,” NuCreations714 owner Ciera Frederick, provides braiding and styling options that help clients maintain their hair easily. Located at 970 N. Cocoa Blvd., Ciera helps clients from as far away as Daytona, Orlando and Palm Bay express their personality through their hair. She also sells a line of her own products. She just celebrated her one year anniversary. Read the full Nucreations714 business spotlight.

Over the past year, Council and staff had made a number of significant improvements to make doing business with the City easier.

Obtaining a permit is now easier than ever with the new Online Permitting System. This new system, launched in the Spring of 2021, allows residents, business owners and developers to easily apply, submit necessary documentation, track the permitting process, and receive permits for projects all without having to come in to City Hall. This past year, staff also created an Interactive Zoning Map that is available on our City website which can help developers, business owners and residents easily determine their zoning designation and view the policies and regulations associated with each designation.

With the approval of the fiscal year 2022 budget, Council made it a priority to focus on employee retention and recruitment. Now the City is able to offer competitive salaries and recruit qualified staff to continue to offer a high level of service for our residents and business owners.

Cocoa City Council is committed to continually improving our community through significant investment and development opportunities to make Cocoa a great place to live, work and play. A surge in residential development has occurred the past few years and is continuing with nearly 2,000 new units set to be complete in the coming years and significant new business development such as Amazon in the Grissom Industrial area. All of this growth will drive further development and make for a better Cocoa.

In the coming months, Council and staff will prioritize an updated strategic planning process that will help guide the City as we move into the future. A strategic plan serves as a framework and compass to address critical issues that demand attention and resources and will enable prioritization of initiatives and allocation of resources needed to achieve the vision of the community.

City Council and staff will continue to work with Brightline as they work to bring their commuter rail system from Miami, through Brevard County, on the way to Orlando. The need for a stop in the area has been communicated and there is no better place for that stop than Cocoa. With Cocoa’s central location and diverse makeup of industries, it is the ideal location for a Space Coast station.

Cocoa continues to invest in our business community, as together we work to make Cocoa better.

Business Size By Number of Employees

Cocoa has a large number of small businesses with 84% of Cocoa businesses having fewer than 20 employees. 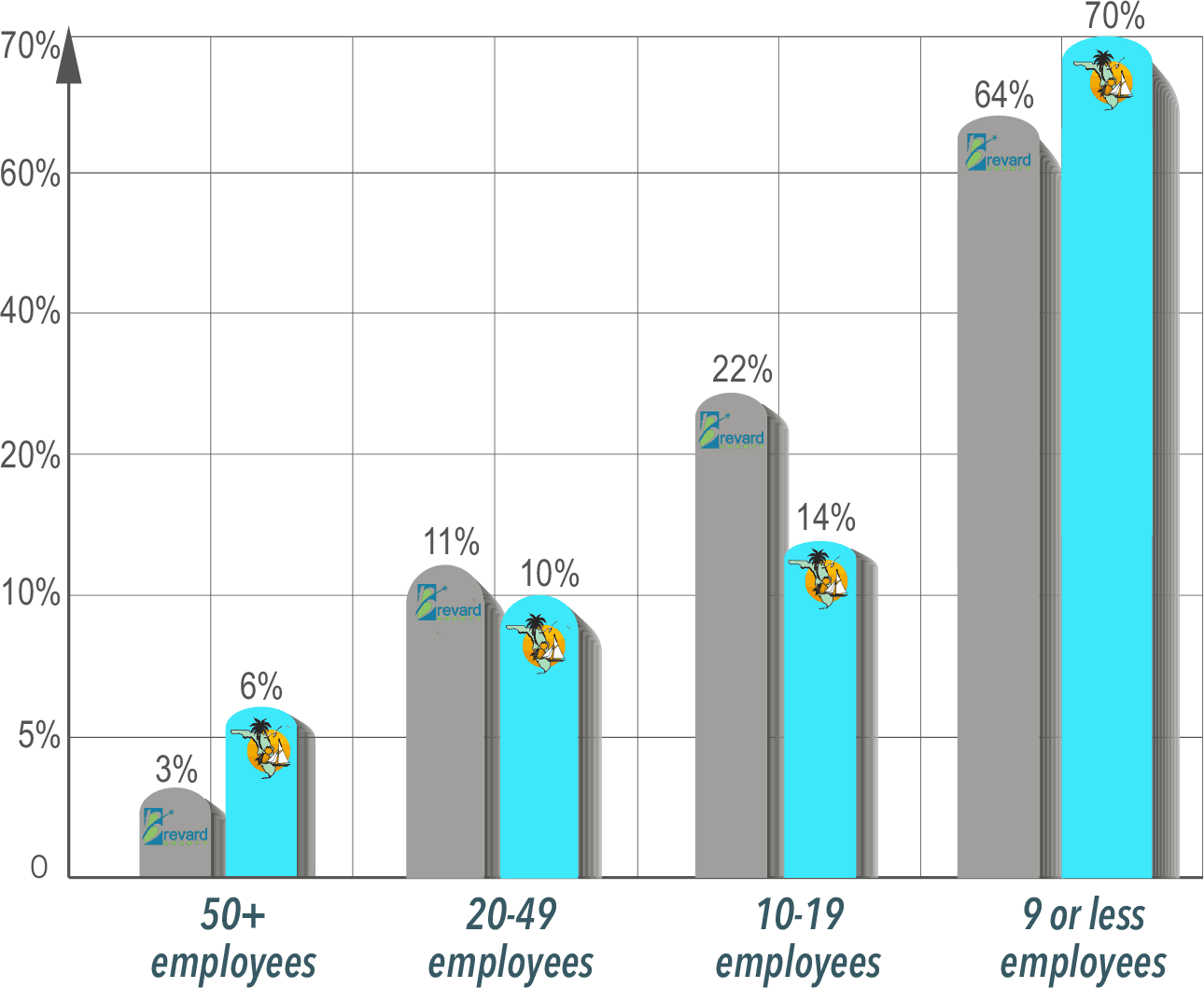 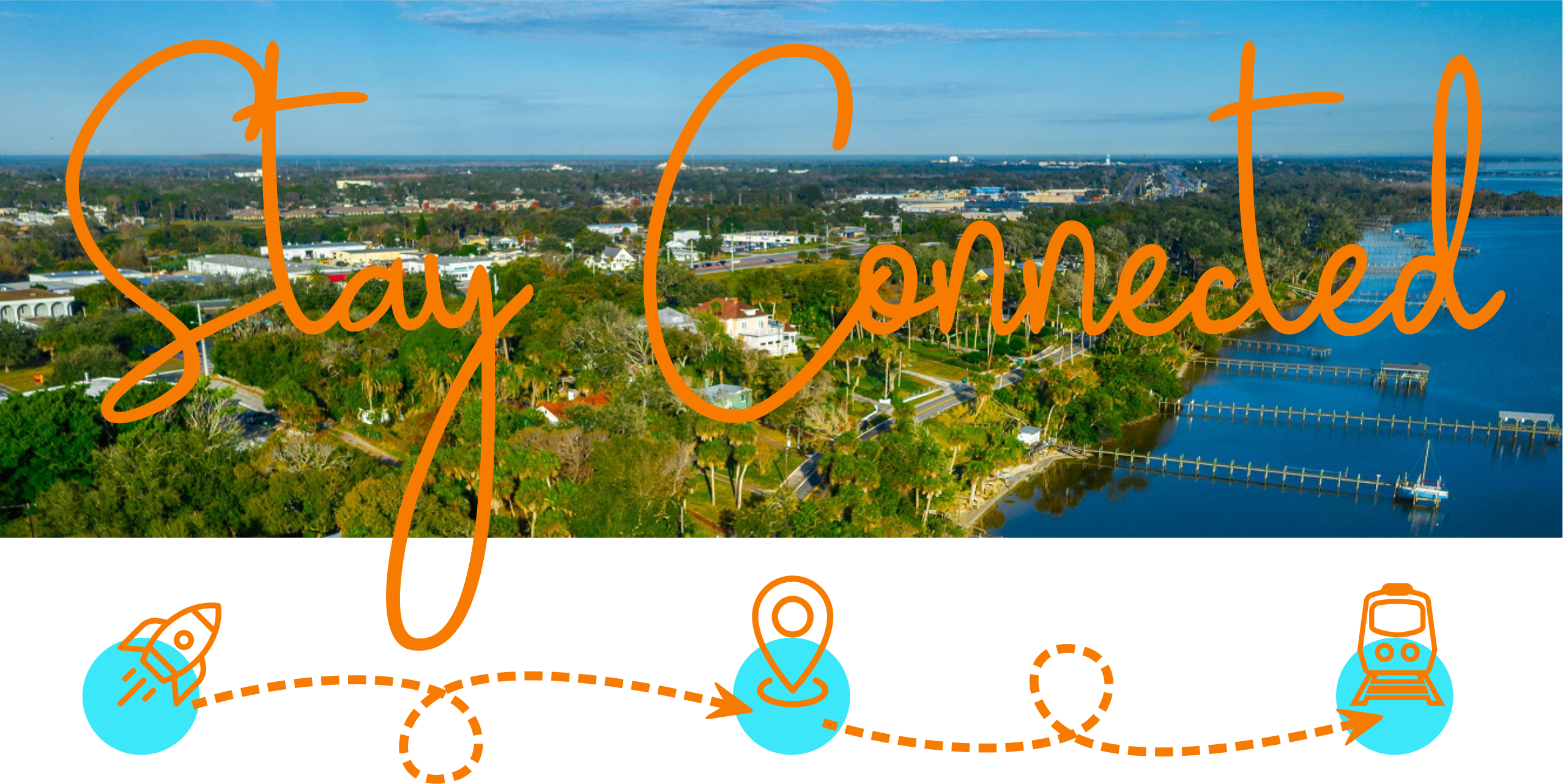